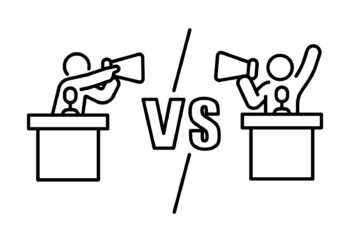 As we noted in the first in this post in this series, the water-based ink versus plastisol ink debate is a bit like the old Mac versus PC debate. People take sides and then find every argument they can, fact or fake, to support their position. This is referred to as cognitive bias and is a common human trait.

This is worth keeping in mind when trying to resolve a question about a serious technical or business matter such as whether your shop should print plastisol ink, water-based ink, or both. While conducting your research you have to push through the cognitive bias and get to the facts. Some of those facts concern their respective impacts on the environment.

When discussing the environmental impact of plastisol ink, critics often focus on two of its components, PVC resin and phthalates. What the critics fail to mention is that the better brands of plastisol ink haven’t included phthalates for many years and, in addition, there are now non-PVC plastisol ink options.

That leaves the disposal and chemical clean-up issues that applies to both types of ink. The “water” in water-based doesn’t mean “drinkable” as some of its advocates seem to imply when writing about how “safe” it is. So regardless of whether you’re printing in plastisol or water-based inks, product disposal and clean-up require that you keep the environment and local laws and practices in mind. It’s important.