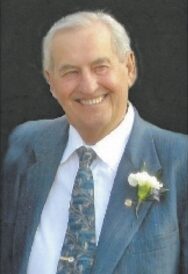 The principals of Stanley’s Sign and Screen Supply, Doug Presisniuk, Barb Cumby, Sandy Presisniuk, and Rob Presisniuk, regret to have to announce that an icon of the Canadian screen printing industry, their father, Stanley Presisniuk, passed away last Friday, 6th August 2021, after a short illness.

Stan was committed to the screen printing industry for over four decades. He began his career at Sherwin-Williams Paints in 1956 where he met Cliff Beisel. Together in 1958 they were the first to bring silk screen supplies to the Alberta market when they launched Western Silk Screen Supply in Edmonton. In 1979 Stan launched Stanley’s Sign and Screen Supply where over time he introduced many new products to the industry.

Stan retired to his ranch about twenty years ago where he remained active until his passing.