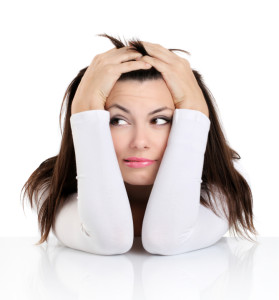 How can I increase my sales?

I don’t know of a single textile garment-decorator shop that doesn’t want to increase its sales. The perennial problem is, how? Well, Nigel Green, a contributor writing for Entrepreneur Leadership Network, offers three ideas for how it can be done.

The first idea is to raise your prices.

In the Tee-printing world this has been a bugbear for decades. Among textile screen printing shops lowering prices has traditionally been the key to competing. Its has been like a race to the bottom in which nobody but the consumer wins (and unfairly so). On the other hand, some shops have been successful by focusing on the quality and service-conscious areas of the market. So whether or not you can raise prices will depend where your shop has chosen to compete in the market.

If you  haven’t increased prices for some time, you may be able to do so now quite comfortably. (I know, you’re reluctant; we all brace ourselves when we have to hike prices, no matter how justified the increase may be, but usually it works out just fine). But do this calculation . . . Your current annual sales hiked by, say, 10 percent. That’s how much you’ll increase sales.

The second idea is to add new customers.

You’re going to lose a percentage of customers every year; it’s normal in most businesses. So, in any case. you have to work at recruiting new customers. The thing about new customers though is that they won’t balk at your increased prices because they don’t know anything different.

The third idea is to sell your customer something else.

It has long been known that it’s easier to sell to existing customers than to non-customers. So for a textile shop with, say, a T-shirt customer, offering caps, bags and other items you produce could work. Anything they buy after being made aware of it by you, would boost your sales. “Something else” could also be something new you’ve diversified into.

To quote Green, “Sometimes the best opportunities are the simple ones. If you implement just one of these tactics you could grow your business . . . “