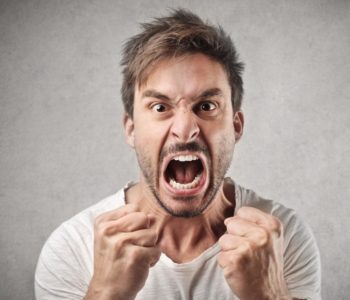 I want another spot remover gun!

An angry printer called the spot remover gun manufacturer to ask for a free replacement of his gun “that wasn’t working.”

The manufacturer’s rep replied that obviously if the gun wasn’t working and it was still under warranty, he’d replace it right away. And then he asked, as one would expect, what the problem was.

The angry printer beat about the bush a bit but eventually admitted that he’d used a water-based cleaning fluid in the gun (not the recommended solvent-based cleaning chemical) and that the spray mechanism had gummed up.

So the manufacturer’s rep said that he wouldn’t replace the gun because the warranty was voided by the use of the wrong fluid, but if the printer sent the gun back he’d repair it free of charge. After some more angry responses from the printer the rest of the story emerged—he couldn’t send the gun back for repairs because he’d thrown it on floor and smashed it to pieces.

The manufacturer’s rep said that he obviously couldn’t replace the gun free of charge but what he could do was recommend an anger management course.

The moral of this true story? Use the right chemicals for the right job in the right equipment. And a quick side note . . .  if you’re using a spot remover gun be sure to ventilate properly.